A family living in a characteristic “dense fabric pocket” of one of the oldest parts of Bangalore, wanted to build-afresh bringing down their existing ancestral house, which as a plot acquired a peculiar “z”- shape, over the years of piecemeal land divisions and acquisitions.

So The ‘NEW HOUSE’ to be built in such a tight neighborhood, had to be a place where one could get a ‘complete sense of repose and release’. This became the central guiding principle. The context to be worked on was a emptied out 2-storey void (shaped- z), with neighboring walls edging the boundaries all along, leaving “sky as the only reference”

The central Family space, is “as an outdoor within the indoor”- an internal court. This is a double-height space, into which all spaces overlook, is punctuated by a movement bridge and is infused with natural light entering the space through the skylights.

A 2 BHK house, with a mezzanine and 1 work space 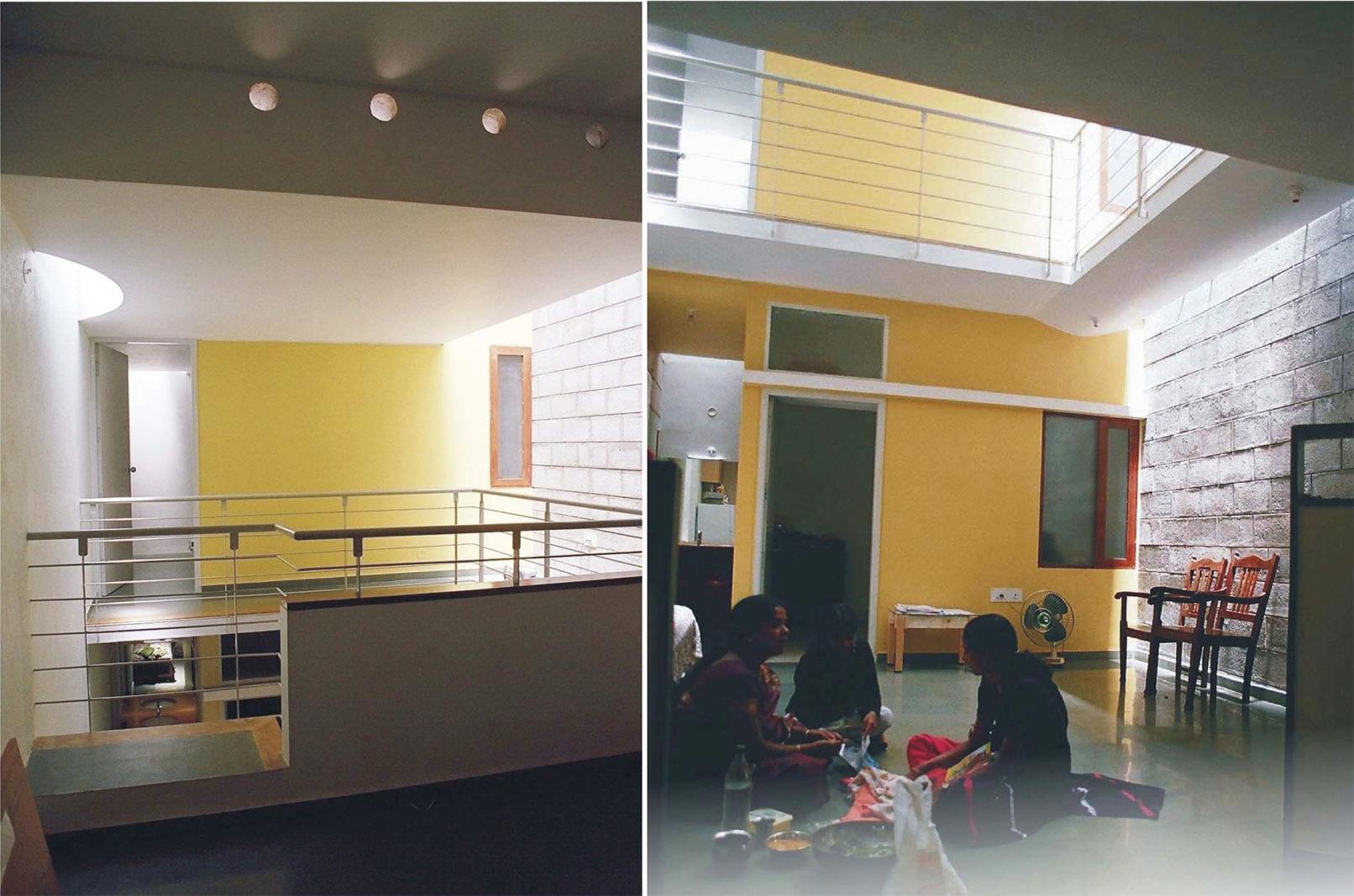 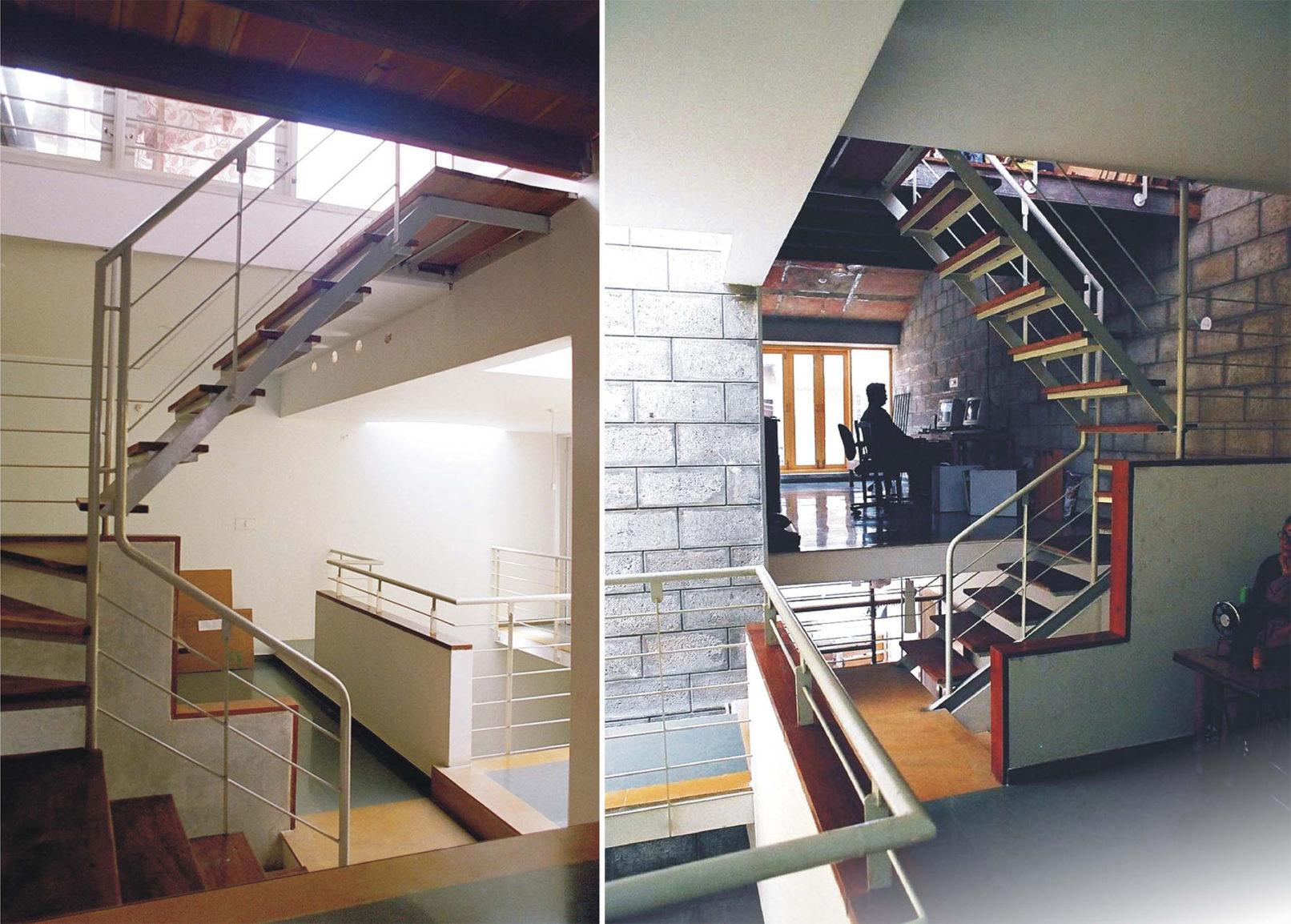 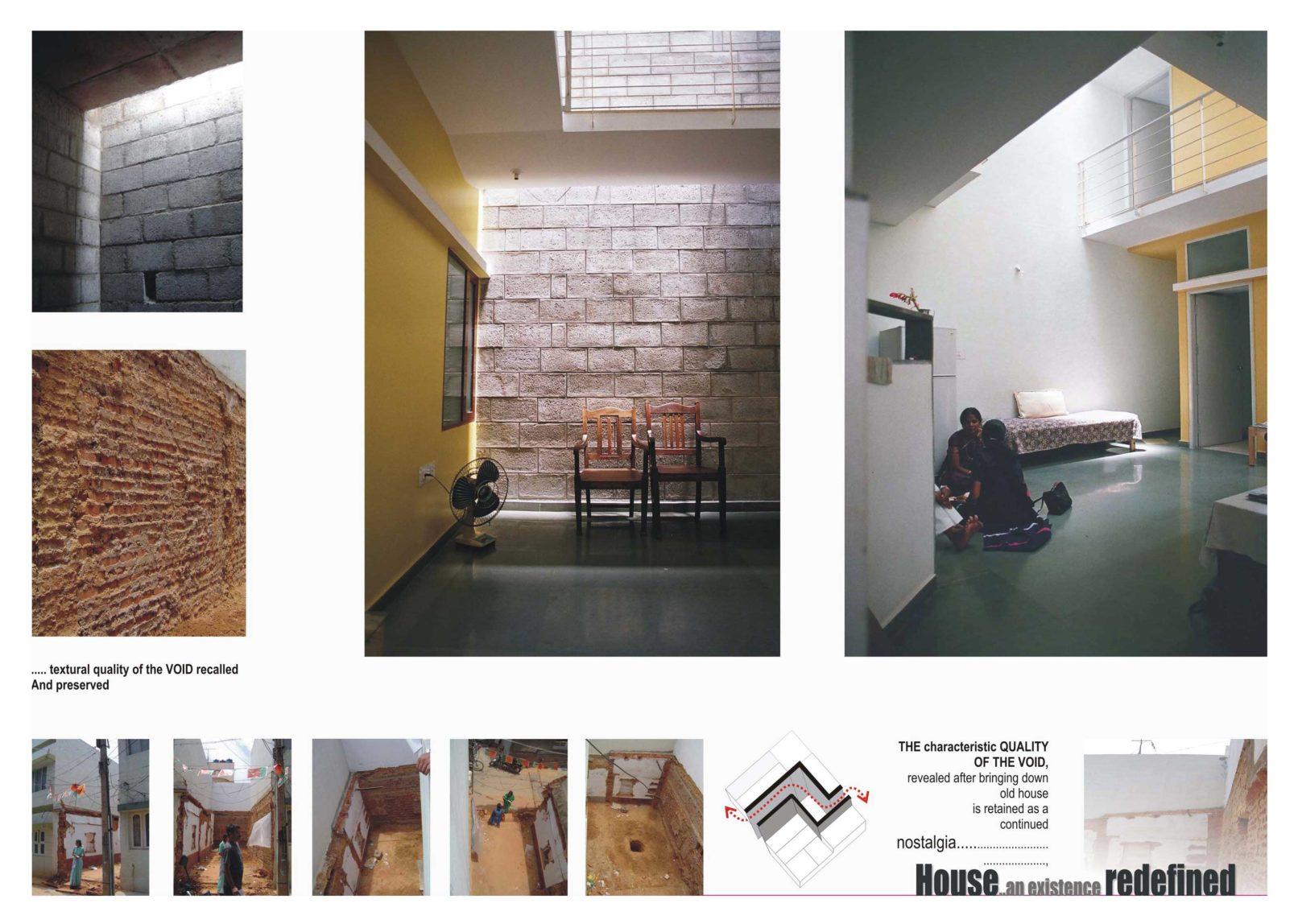